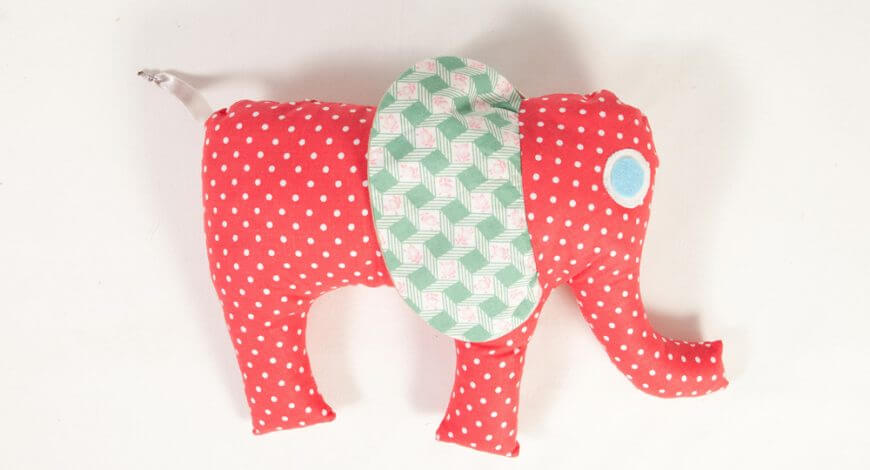 Have you ever had a thought or a worry that wouldn’t go away no matter how hard you tried to ignore it? Did you know that research shows that trying not to think about something can often make intrusive thoughts more difficult to ignore?

For the next 30 seconds, think about anything that you want to think about. You can think about the most recent sports game, that funny viral video, a conversation you had with your best friend, or what you’re having for lunch (that’s probably what I’m thinking about). But whatever you do, DON’T think about a pink elephant.

How long did you make it? My guess is, not even 5 seconds. I bet you’re wondering how that happened. I mean, when is the last time you’ve thought about a “pink elephant?”

In psychology, this phenomenon is known as the “ironic process theory,” whereby deliberate attempts to suppress certain thoughts actually make them more likely to surface!

Social psychologist Daniel Wegner first studied ironic process theory in 1987. He found that the inability to inhibit certain thoughts could be worsened during times of stress in people who were prone to anxiety or obsessive thoughts. For some people, ironic mental processes result in intrusive thoughts about doing something immoral or out of character, which can be really disturbing to some people.

Common advice that friends and family give to someone with a propensity to ruminate or worry is to just stop thinking about it. But after the “pink elephant” experiment, you can see just how hard it can be to avoid an intrusive thought.

So how do you stop thinking about an intrusive thought?

There are many strategies to help with this. A great book that I often recommend to clients dealing with intrusive thoughts or compulsions is “What To Do When You Worry Too Much.” It’s written for kids, but I tell adults to get it too. It’s an easy, quick read about obsessive thoughts and strategies for letting them go.

But if you don’t want to wait 2 days for Amazon to ship you the book, here are some strategies that you can implement now:

Just telling yourself not to think about something won’t work, but giving yourself something else to do instead can be effective. The more involved the task is the better because your brain will be more engaged. So go play Scrabble, join a game of dodgeball (pay attention, or you’ll get hit in the face), or practice that piano that’s gathering dust in the corner.

Think about the thought:

Ironically, just like trying not to think about the thought makes it worse, actively trying to think about the thought can take the power away. This can be especially useful for disturbing thoughts. Often people will tell me that they are surprised and upset that their minds can generate such distressing ideas. I remind them that this made Alfred Hitchcock and Steven King rich and famous. Everyone is capable of horrific thoughts. It does not mean that the majority of people are capable of horrific actions. The very fact that someone finds these thoughts distressing signals to me that they are not sociopath psycho killers.

Instead of repeatedly trying to avoid a particular thought, try scheduling a time to think through the thought. Walk it through to the end. Consider several possibilities, and give weight to both negative and positive outcomes. Some people find it helpful to write it out or talk through it with a trusted confidant.

Thoughts are just thoughts. We have thousands of thoughts every day. In the last two hours, I’ve thought about how to write useful blog articles, what to make for dinner, the best compression socks for running injuries, and what I would do if I won a million dollars (I’ve also thought about pink elephants more than I typically would on a given day). If I gave equal weight to each of those thoughts, or too much weight to any one of those thoughts, I would probably be much less productive (and potentially really hungry). When you find yourself obsessing about a certain thought, ask yourself if the thought is meaningful, valid, true, and/or necessary. If it isn’t needed, replace the thought with another thought that is more useful.

For people who tend to think in pictures, I suggest mentally changing the picture. Making the image look ridiculous in one’s mind can also reduce the image’s power. A great example of this, for all of you Harry Potter fans, would be the “Riddikulus” spell used against the “boggarts.” The boggarts were creatures that would turn into the viewers’ worst feared image. The Hogwarts’ students were taught to “dress” their fear up into something ridiculous so they wouldn’t be scared of the image.

Remember: Thoughts are just thoughts. And thoughts can and do change. What you do with them is stronger evidence of who you actually are! Now go forth and put your pink elephants to rest!