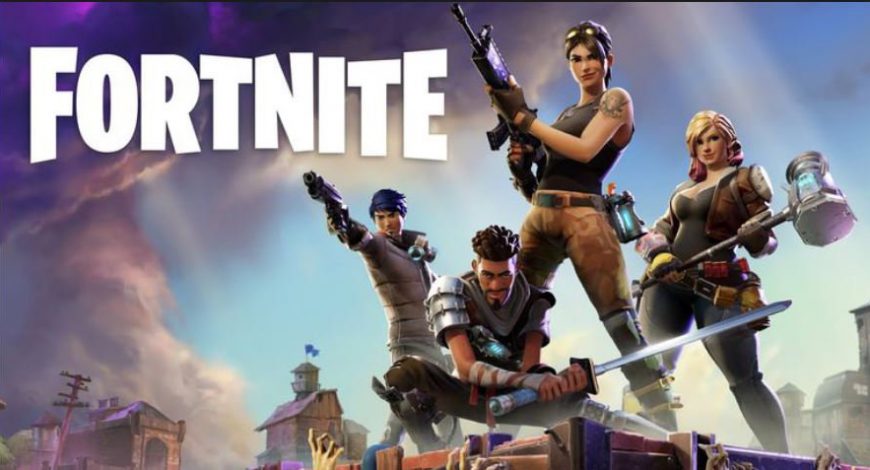 Any time my 14-year-old son has a free moment, he can be found on the computer playing Fortnite: Battle Royale. If you have children between the ages of 8-18, you’ve likely heard of Fortnite (perhaps you also have an obsessed teen on your hands). During counseling sessions last Friday, I had 3 separate families bring up the online game, asking ” Is video gaming addictive?”

“Is my child’s obsession normal?” “What’s the draw?” “Why is my son so interested in this game?” These are important questions. For my clients’ benefit, and frankly, for my own, I decided to find out.

In short, Fortnite is a mass virtual online brawl where 100 players (individually or in small teams) leap out of an airplane onto a small island and then fight each other until only one team or player is left. My son described it to me as a sort of “Hunger Games.” Hidden around the island are weapons and survival items. Players must arm themselves while exploring the landscape, and take out their opponents.

Why Is It So Popular With Kids:

There are several reasons why Fortnite has exploded in popularity. It’s free in it’s most basic form. The creators have added new features and play modes weekly, keeping players interested.

It’s also a game with a sense of humor. The graphics are cartoon-like and brightly colored. Players can make their character do silly dance moves and wear funny costumes (things like space suits or bunny costumes referred to as skins).

Parents may be understandably concerned about the social isolation of video gaming. Excessive use has been linked to depression and anxiety. More on that in a moment. On the plus side, games like Fortnite lend themselves to a strong social component when played in teams. My son typically coordinates his playing time with a couple of his friends and speaks with them by headset. I liken this “gaming” time as similar to myself coming home as a teenager and spending the evening on the phone with my friends.

The Value In Playing With My Son:

So much of the time, we as parents try to cajole our kids into doing things we think they should enjoy. I know that I am guilty of introducing my boys to my favorite hobbies and forcing them to participate with smiles on their faces.

And yet, as parents, are we willing to flip the script? Are we willing to take an active interest in something from their world? I’ve also been guilty of assuming video games is just “their thing.”

This is understandable. But sometimes strengthening relationships requires entering into our child’s world. By taking a genuine interest in their passion, we allow for opportunities of intentional connection. It may not seem apparent in the moment, but asking genuine questions about a video game without judgment creates space for openness and honesty that will generalize to areas beyond superficial games.

As for my son and his friends, they appeared both willing and excited to teach me the game and let me virtually tag along.

After an explanation of which buttons to push, the game began. My son and I and two of his best friends “jumped” out of our plane and traversed the island. The general consensus was that I would tag-a-long and be useless. The boys would protect me and prevent me from dragging the team down.

I climbed in various trees and took refuge while the boys battled it out. Taking the stance of a pacifist (or coward) proved to be effective. In fact, I outlived my son. He perished after valiantly making it to the top 40 survivors.

Now it was all up to me! Well, in actuality, I didn’t contribute much to the team. Instead, I continued to hide behind buildings and inside truck beds. Meanwhile, the other boys gathered supplies and took out our opponents. Along the way, I was getting into the excitement of the game. The boys and I bantered back and forth, giving me a rare opportunity to be with them in their natural (virtual) element. I made it to the top 10 players left before someone finally took me out.

Without the pressure of keeping me alive, the rest of the team was able to focus on the enemy and pull out a team win! After much congratulations, I took my leave and let the boys get back to it.

Concerns and Benefits of On-Line Gaming:

During my short stint on Fortnite, I found myself abruptly screaming like a girl more than once in the panic to survive. It’s an adrenaline rush. And its 360-degree virtual setting makes it incredibly immersive. Video games are fun for a reason! The risk vs. reward cycle that gaming provides is an escape.

It can also be addictive. We know that adolescence encompasses a time of explosive brain development. Experts are unsure of the long-term effects of the increasingly connected world we live in today. Video games, phone apps, and tablets all increase neural stimulation. Over time, this stimulation effectively re-wires the brain. As a parent, this worries me. The never-ending challenge for us is to create daily opportunities with our children to experience “real life”. To be “present.” To have human-to-human contact.

There are also legitimate concerns regarding the wide variety of violent, sexist, and vulgar content in games. Media shapes developing minds. Common Sense Media issues ratings for video games and recommends Fortnite for ages 13 and up. Parents would benefit from watching their children play to determine if particular games align with their family’s values.

It’s not all negative. The American Psychology Association reviewed several studies and found some surprising benefits to gaming. Among its findings, they found that individuals who regularly “gamed” had visual-spatial strengths in areas like perception, attention, task switching, mental rotation, brain plasticity, learning, short-term memory, crowding acuity, contrast sensitivity, and perceptual decision processes. These visual-spatial abilities not only help on the virtual screen but also correlate with real-life success in STEM-related career fields.

Other studies suggest video gaming is correlated with increased problem-solving abilities and flexible thinking, and creativity. Games can give kids the opportunity to work together, take and follow directions and practice leadership roles in a controlled environment.

So, How Much Is Too Much:

Video games are, by design, time suckers. Hours can be lost without a glancing thought. The current recommendation by mental health professionals is a total of no more than 2 hours a day of online activity. Compare that with an estimate by the American Academy of Pediatrics that children currently spend an astounding average of 7 hours a day on media entertainment. That includes television, video games, and social media sites. The most common medium continues to be TV, which encompasses youtube and Netflix as well as the family television. After TV, girls tend to spend the rest of their time on social media sites, while boys are more likely to be found on gaming sites.

Understanding the way games like Fortnite are designed will help parents make decisions about their child’s gaming habits. Actually playing with them may enhance your relationship and create new opportunities for bonding.

If I’m ever invited back to my son’s Fortnite team, I will accept the mission. But for the record, when it comes to gaming preferences, nothing beats my childhood favorite, Nintendo’s Tetris.